After the expiration of the period, in which the members of the Club Fígaro selected their candidates via an open vote.

We show the list of professionals who have been nominated as a Spanish Hairdresser of the Year 2022: 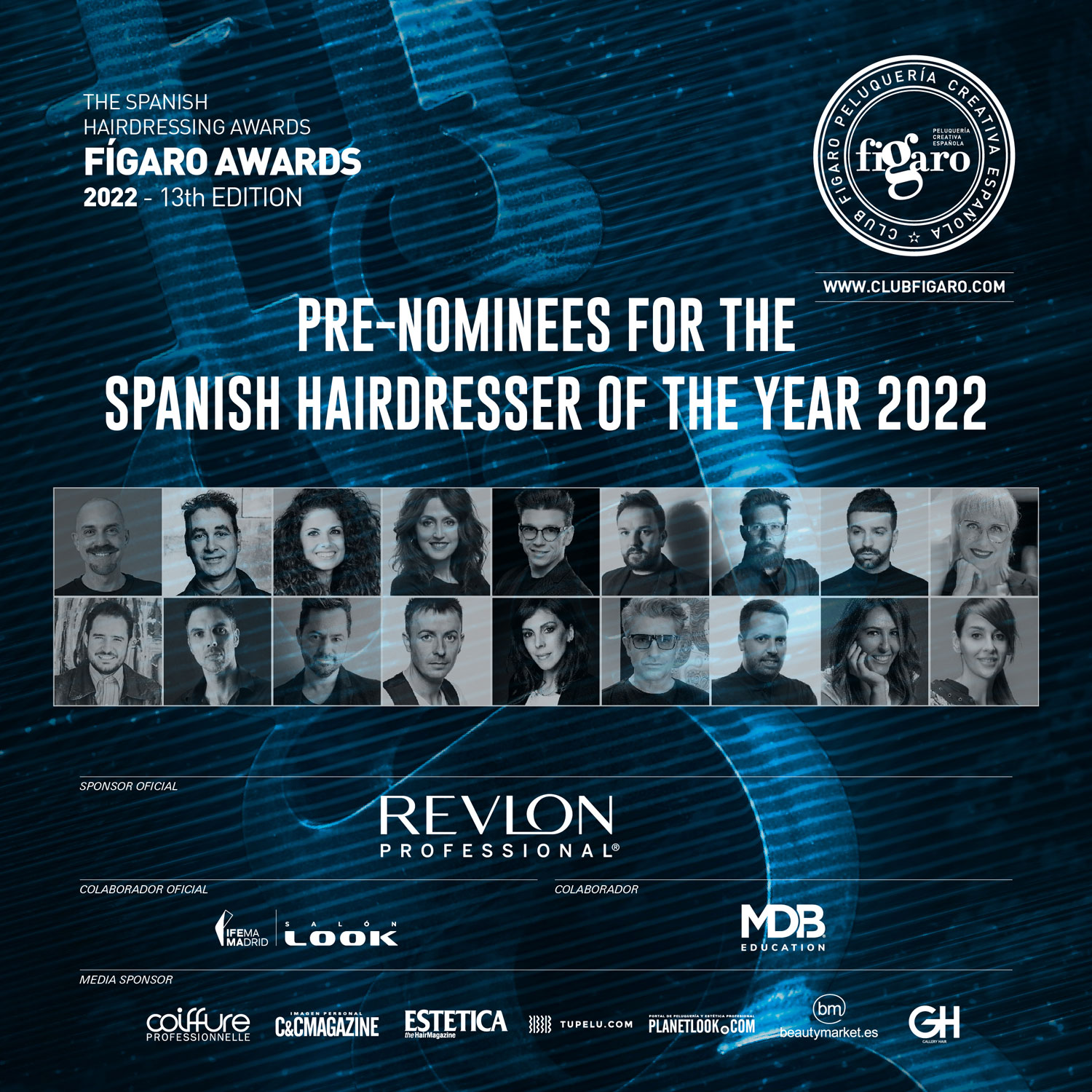 Now, the pre-nominees who wish to compete to be finalists in the premier category of the awards must present a collection and a dossier showing their career path during this last year. This collection may not be submitted to another category.

The pre-nominees have from 7 March to submit their nomination. Following the deadline, the jury will deliberate and choose the three finalists who will parade on the day of the final award ceremony.

The period of submission for the rest of the nominations will be also open from 7 March. As in the last edition, it is not necessary for the collections to be unpublished. However, these collections shall not have been published in any media (including social networks) during the year immediately prior to the year of the edition of the awards. The Fígaro Awards, a reference contest in Spanish hairdressing, launched at the last edition a new international category for professionals residing abroad.

The registration and the upload of collections can be done online. All the information about the participation process and the official rules is available for download on the website of Club Fígaro: www.clubfigaro.com.
TAKE NOTE OF THE KEY DATES:

January 17 – Opening of the new edition of the Fígaro Awards.
January 24 to February 21 – Each member votes for their two favourite hairdressers to compete in the Spanish Hairdresser of the Year category for their career during the previous year.
March 1 – Announcement of the prenominees for Spanish Hairdresser of the Year.
March 7 – The period for participation, registration of collections and documentation opens.
June 19 – The participation period closes.
June 22 – Publication of all the collections selected for participation in the awards.
June 22 to June 29 – All partners, participants and professional jury vote for their favourite collection in each category.
June 30 to July 7 – Voting by the Professional Jury.
July 25 – Date of announcement of the finalists for the Fígaro Awards.

The Spanish Hairdressing Awards, also called Figaro Awards, value the photographic works of the hairdressing creations of the participating firms, with the aim of rewarding the most outstanding creative hairdressers in the country. They consist of five categories and were established in 2009 to give notoriety and visibility to the artistic work of Spanish hairdressers. The basic objective pursued by Club Fígaro with the creation of these awards is the social and professional recognition of hairdressing in Spain to consolidate an industry that is increasingly cosmopolitan and powerful.

Participating hairdressers register online to participate and upload their photographic collections to the Club Fígaro website. Afterwards, the professional jury, made up of prominent personalities from national and international hairdressing and which changes every year, individually and independently votes the collections presented anonymously, to guarantee the impartiality of the awards. To compete in the queen category of the contest, Spanish Hairdresser of the Year, hairdressers must have previously been pre-nominated by their colleagues. This award rewards, in addition to the photographic collection presented, the professional career during the last year.

Club Fígaro has the support of its main sponsor Revlon Professional, a firm that has sponsored the Awards since its creation.

(0 votes)
arrow_back An exclusive invite to JOINation .. 24 hours to go Registration opens for the 2022 Fígaro Awards arrow_forward
How to resolve AdBlock issue?
X

How to resolve AdBlock issue?
X

How to resolve AdBlock issue?
X

Be the first to hear about special offers and exclusive deals from News4hair.com and our partners.